Cheshire’s archives: a story shared The project to relocate the service, create two new centres in Chester and Crewe, and help people share Cheshire’s history across the county, recently received permission to start from the National Lottery Heritage Fund. This phase of the project is to develop detailed plans, leading to a further funding application in 2021. The timetable for this phase of the project will inevitably be affected by restrictions on day to day life at present but updates will be available via www.cheshirearchives.org.uk, social media and a regular newsletter.

The Cheshire First World War Servicemen's Index is now complete. Over the last four years nearly 50 volunteers have been working remotely to transcribe the contents of the spring 1919 Absent Voters’ Lists for all nine Cheshire constituencies.

The lists are an invaluable resource for anyone seeking ancestors serving in the First World War. Names, addresses, ranks, regimental numbers, units and notes relating to each serviceman and -woman have been extracted and added to a searchable database, which has over 40,000 entries. There is a video showing how to use the database. 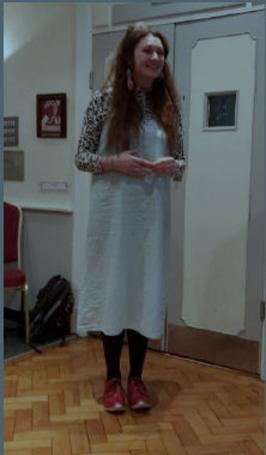 During our enforced closure, we are still answering emailed and written enquiries, hoping to encourage people to collect COVID-19 material (more details below), and planning for restoring some sort of service in the future. At the moment we have no idea when that will be or what government guidance will need to be followed. It is however almost certain that it will involve appointments and pre-ordering, and that all books and documents will have to be quarantined after use. For further information why not sign up to the monthly News from the Archives by emailing archives@lancashire.gov.uk.

David Tilsley, Senior Archivist, requests your participation in a topical project
Lancashire and the COVID-19 Pandemic

Local historians can help future generations understand the effect of COVID-19 on everyday life in Lancashire by adding to a new collection at the Archives. Our nine miles of shelving hold the county's history from 1115 until now, told in millions of documents created by Lancashire people, from parchment medieval court rolls to digital sound recordings.

We are now living through another important chapter in Lancashire's story and we need your help to make sure it can be understood in the future. We'd like to know how the pandemic has changed things for you and how you feel about it.
Can you write down for us what life is like for you at the moment because of the COVID-19 pandemic, or make a sound or short video recording?

If you want to write, this could be an extended day-by-day diary, something much shorter about a single day or event, or just about how things are generally. If you want to put it in a poem, that would be great. There is no need to worry too much about spelling or grammar – it's certainly not a test! Your story is what's important.

The day conference was held at Burnley Masonic Hall. Each year a different aspect of local history is chosen. As usually happens, the four very different presentations combined to make for an interesting and informative day.

Prof Dave Russell ‘Key workers: a history of private music teachers in England, c. 1861-c. 1921 Dave has researched the subject extensively, using information from censuses and directories, to add to what is a sparsely studied topic. He emphasised how great was the interest in music during this period, and what a large number of people were employed. By 1901, there was an average ratio of 1 musician and/or teacher per 750 of the population. Music was played at home, in churches and in concert halls
Although the larger middle class towns usually had more music teachers, it was not unusual for working class parents to spend a comparatively large amount on music education for their children. Piano was the instrument most widely taught, and some teachers included harmony and counterpoint in their curriculum. Most teachers were women, British and from their local area. It was easy to become a music teacher, although gradually there was a move to impose more professional standards.

Dr Simon Rennie: Songs of the distress: poetry of the Lancashire Cotton Famine 1861-65 Simon has embarked on a project to collate and interpret the poems, many of which he has researched in the collections at Burnley library. Over 700 have been dealt with so far.
The cotton famine was caused by over-production at a time when world markets were contracting, coinciding with the interruption of supply because of the American Civil War. ‘Famine’ referred to the dearth of cotton, and to the extreme hardship caused to mill workers. By 1863, half the population of Preston was receiving relief.
The poems were disseminated by an increasing number of local newspapers. Some of the poems addressed the war itself, showing opinion was divided about which side to support. Many were written in dialect by ordinary people and by men such as Samuel Bamford, William Billington, Edwin Waugh and Samuel Laycock. Simon showed that some dialect words used are of great antiquity, showing their Norse origin.
Recently there has been a renewed interest in dialect in articles in national newspapers. A folk group, Faustus, has been inspired to produce 5 songs on a CD ‘Cotton lords’. More details of the project can be found at http://cottonfaminepoetry.exeter.ac.uk/.

Dr Stephen Etheridge: Southern Pennine brass bands c.1840-1914: inventing myths of northernness and class in an industrial landscape Brass bands grew out of different kinds of bands, using woodwind and percussion. By 1886 Musical World magazine claimed that it was the height of ambition for a lad to play in a brass band. Although there were bands in different parts of the country, the majority were found in the north, where industries such as wool & cotton and mining & quarrying predominated. Many bands rehearsed in pubs and halls, often consisting of men who worked together, and they then performed in different locations and at various kinds of events.
Army bands were funded by the military, and Stephen presented images which showed how civilian bands adopted similar kinds of uniform.

There was a large social aspect connected with the bands, often with whole families involved. Some had women’s committees - to provide refreshments, look after the uniforms, sell tickets and raise money. Instruments were expensive, so sometimes the fundraising was needed to pay off unsecured loans. Northern bands performed and won competitions in the south, and were often perceived to be superior. Although many parts of the north are post-industrial, many bands continue and thrive.

Jennifer Reid: Manchester broadside ballads and Lancashire dialect: at home and abroad Many ballads were printed on broadsides in the 19th century. These were large sheets of paper printed on one side so that they could be pasted up in prominent places. They would include woodcut images which were not always relevant to the text. Frequent themes were love, deception, workers’ struggles and the woes of industrialisation. ‘Long song sellers’ would stand on street corners or in pubs, singing a few verses of a song, which would entice people to buy a song from the roll of paper.

One of the most well-known ballads was ‘Come whoam to thi childer an me’ by Edwin Waugh (part of which Jennifer sang). This was taken up by Baroness Burdett-Coutts, an immensely wealthy philanthropist, who printed and distributed many copies.

On her visit to Bangladesh, Jennifer has visited weavers and mills, and recorded songs by local people. She illustrated her talk with singing some Lancashire ballads, playing some of her Bangladesh recordings, and drawing parallels between the lives of mill workers in Victorian Lancashire and the current hardships of workers in Bangladesh. One similarity is between Thomas Hood’s ‘Song of the Shirt’ and work produced after the disastrous Rana Plaza collapse in Dhaka.

​As well as singing, Jennifer treated the audience to a traditional Lancashire clog dance, which was a great way to round off a very successful and interesting day conference

View from the Chair
As you read this newsletter you will not need any reminder of the extraordinary circumstances brought about by a new coronavirus, COVID-19. I hope that all of you, your family and friends and members of all our societies are coping with anxiety, uncertainty and, in some cases, illness or concern about others.
Naturally, societies are unable to plan ahead with any certainty about dates, so this newsletter is different from the normal format. There are items giving information about activities which can be done at home, as well as interesting research articles.
May I remind those of you who receive the newsletter on behalf of your society that it should be distributed to all members.
My sincere wish is that by the time of the next newsletter we can see some return to normal life and activities.
Marianne.

Jacquie Crosby writes: We had a wonderful 80th birthday celebration on 1 March with over 200 people.

Some had never been here before and some had travelled quite a distance – Wales and Sheffield for example – but everyone had a good time.

Our Friends made more than £500 and I’d like to thank them, my staff and everyone else who helped.

We want to hear from people of all ages, so please encourage children and grandchildren to have a go too.
You might also have taken photographs that show what life has been like at home, work or where you live; it would be great to have copies of these too. Please ensure that anyone who may appear in the image is either happy to be photographed or is unidentifiable.
We would also like your help in collecting other material that you might come across such as:
▪ leaflets, flyers or posters about the pandemic from district, parish or town councils;
▪ material from local business relating to closures or changes to how they operate;
▪ advice from local organisations about hygiene, social distancing and self-isolation;
▪ information about community efforts to help vulnerable and isolated persons;
▪ information from local schools regarding closures and home-schooling
Please send any contributions or questions to: archives@lancashire.gov.uk or, for hard copy to: Lancashire Archives, Bow Lane, Preston, PR1 2RE.
Please include your name, age and the place where you live (not your full address).
Please contact us if you have digital files which are too large to email.
What we receive will be kept safe for the future and made available for other people to look at and listen to. Your name and age will be included unless you ask for it to be left out. If you want to restrict public access to your contribution for a while, please let us know.
If you decide to take part, please do not risk your own or anyone else’s health whilst gathering this material. All government guidelines regarding hygiene, social distancing and self-isolation should be followed.
Proposal to digitise maps from collections in Lancashire, Cumbria and Cheshire. An update from the steering group on the proposed project to digitise the tithe maps of (old) Lancashire, Cumbria and Cheshire:
After the first expression of interest to the National Lottery Heritage Fund was rejected in May 2019, a revised submission was made in September last year. As a result, NLHF invited an application for funding by 31 October 2020. A meeting with the NLHF engagement manager revealed that they require a lot more consultation work before then. The project is now called North West Explorer: discover the streets, hills, rivers and fields. 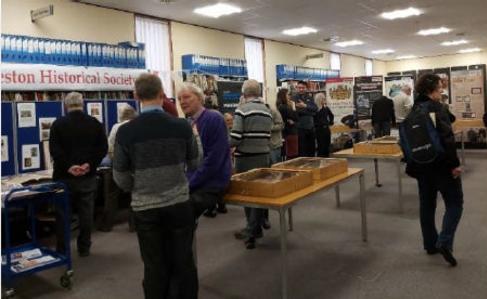