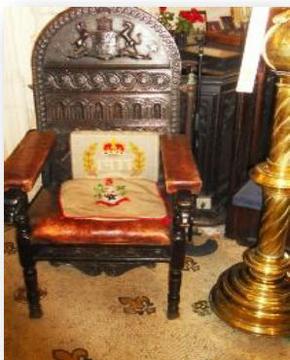 The latest meeting of the North West Heritage Networking Forum, supported by the RHC, took place at the Lion Salt Works, near Nantwich, in early February. This event gave members of the network (mainly trustees and officers of Friends’ groups in the sector, plus the professionals they work with) an opportunity to hear a presentation about the process of rescuing the salt works from oblivion following its closure as a commercial business in the mid-1980s. The Lion Salt Works Trust worked with various local authorities to bring about the thriving heritage attraction (and community hub) that now exists.

​A panel discussion included some top tips for other organisations plus glimpses of future plans – including bringing salt-making back to the site on a regular basis. The formal part of the meeting was followed by a fascinating tour of the venue – it is well worth a visit if you are in Cheshire or are looking for an interesting day out in the region. A report of the meeting will shortly appear on the new online discussion space that the RHC has set up for the Network. If you are actively involved in heritage, especially around organisational strategy, and are not already a member you are welcome to join the mailing list. Please email nw-heritage-network@lancaster.ac.uk and do let others know about this valuable new resource for heritage organisations across the region.

​A new lottery funded website about Eccles Old Road has been launched, focussing on the people and places associated with this historic route through the former township of Pendleton

The authors have researched the area from its earliest times, unearthing new material about the road, its inhabitants, their occupations, families, homes and businesses. Research has been undertaken in private and public collections, archives and museums across the north west and beyond.

Census returns, newspaper reports, obituaries, wills and other historic documents, plus maps, plans and photographs give a new understanding of this area of the city of Salford. Website visitors can also access related family trees via a link to Ancestry.

A contact form is included on the website, and contributions and comments are welcome. The website will be updated regularly. It can be viewed on mobiles, tablets and computers at www.ecclesoldroad.uk.

The Whitworth valley is rich in relatively recent industrial and agricultural history; stone mining, quarrying and stone processing, cotton and wool processing and farming. There is, however, some limited evidence of human habitation at various prehistoric times, from the Mesolithic to the iron ages. In conjunction with other
organisations, investigations into the pre-history period are currently being undertaken. From the Middle Ages and possibly earlier, the Whitworth valley was criss-crossed with pack horse trails as traded goods were carried throughout East Lancashire and over the border into Yorkshire. Even today several of the pack trails can still be identified on the moorland above the Township.

The Society’s collection comprises several thousand objects, around 8,000 photographs, many media files and hundreds of documents, many of which are unique. In the early days little

thought was given to a collection policy, but it is now necessary to be selective and, in
general, all new acquisitions must fit with the defined collections policy. After consulting the Manchester office of the North West Museum Development team for guidance, the Modes Complete software package was purchased in 2014. Since then a small group of around 20 working volunteers has been tirelessly employed in populating the various databases within the system. There are now over 33,000 searchable records which can be accessed for research, educational or purely recreational purposes.

More recently the Society has introduced some volunteers to some of the basic techniques for object and document conservation, using a range of specialist materials, and consulting museum professionals for advice.

In 2017 Lancashire Life Magazine, along with several other supporting agencies, headed a project entitled ‘A History of Lancashire in 70 Objects’. Museums and galleries throughout County Palatine
were invited to submit an object or objects which were thought to have made an important or unique contribution to the history of Lancashire. Whitworth Museum submitted a collection of four potion or unction pots used, it is believed, by the famous Whitworth doctors.

The Taylor family came to Whitworth in around 1764 and initially set up business as blacksmiths and farriers. Very quickly the Taylors were called upon to reset the broken bones of horses which had sustained injury in the nearby stone quarry. So successful was this work that the locals reasoned that since there was no resident physician in the village, then any broken bones and dislocations in human kind could be similarly treated. So the transition from farrier/vet to ‘doctor’ began. It appears that the ‘doctors’ extended their range of services to include the prescribing of various drugs, medicines and concoctions, all prepared by the doctors themselves or by members of their immediate family. They also undertook a limited amount of surgery. Bloodletting, in order to rebalance the humours in the body, took place regularly and it is said that up to 140 patients would be “gratuitously bled” each Sunday. This would have involved the use of a fleam rather than placing leeches on the surface of the skin.

The apparent skill of the doctors became widely recognised throughout the country and over the coming years they treated senior members of the clergy, the aristocracy and even royalty.
As a family the Taylors attended to the medical needs of Whitworth for over 100 years, and from the middle of the 19th century they were medically trained in the conventional manner. The last member of the family to practise medicine in Whitworth was James Eastwood Taylor who passed away in 1876. Dr Taylor is buried in the family vault at the nearby parish church of St Bartholomew.

In addition to its museum, the Society offers a family history research service which has attracted interest countrywide and beyond. Families from America, Australia, New Zealand and Canada regularly seek assistance from our dedicated research team.

Whitworth Museum is self-sustaining and is wholly run and operated by voluntary effort. It is (normally) open to the public throughout the year on Tuesday evening and Saturday afternoon each week. School visits, group visits and special parties are catered for by arrangement. For further information Tel: 01706 344894 or visit the Heritage Museum, North Street, Whitworth, Rossendale. OL12 8RE.

Postscript: In his email, Brian mentions how useful the Federation can be in developing contacts, together with exchanging ideas, specialisms and techniques. ‘For example, we have recently contacted the group at Clitheroe, also members of LLHF, regarding their approach to the recording and storage/retrieval of oral history material. We are at the very early stages of a similar project. ‘

Do feel free to contact the website or the newsletter editor, if your society would like to link up with other groups to get advice about a project. 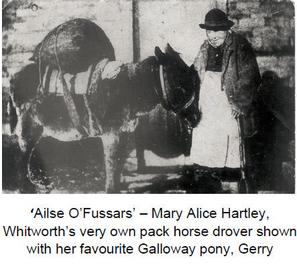 In 2011 Tameside Local History Forum raised the money to buy the Ashton Court Leet chair, which was being sold at auction, to ensure its preservation in the Ashton area. In the Forum’s twentieth anniversary year this chair is being displayed at Ashton Parish Church. Ashton-under-Lyne's manorial court met twice a year until the 1870s and then once a year until it was dissolved in the 1950s. Here the Lord of the Manor's Steward would sit dispensing justice, mostly in civil disputes between neighbours, but also petty criminal offences. The chair is nearly 200 years old and bears the Earl of Stamford's Crest.

​In the first of a new feature Dr Geoff Timmins has added the talk he gave at the AGM to the website for your perusal at leisure . 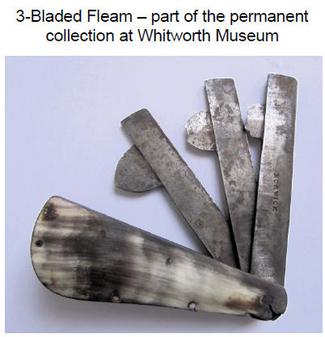 Saturday 5th September 2020 will see a celebration of the 20th anniversary of the Forum at Ryecroft Hall, Audenshaw. There will be a series of talks and the various groups will have displays of their work and events - see the Forum website for more details. It will be followed by Heritage Open Days when a range of venues in Tameside will be open for visitors and special events. This will be an opportunity to see the Court Leet chair at the Parish Church. A leaflet listing HODs activities in Tameside will be available from the Forum’s website and from Tameside MBC Events team.

The society started with an assembly of like-minded individuals concerned about the rate of change in their communities and the impact it was having on local heritage. The Rev Philip Foster was the instigator in 1973. Monthly meetings proved so popular that larger premises were soon required. Local residents then began to donate ‘historic’ objects ranging from war artefacts to domestic utensils and appliances.

One of the members made his private garage available for storage as the collection grew. It soon became clear that if suitable permanent premises could be found, it might just be possible to create a museum. After several false starts, former industrial premises were found at North Street in Whitworth and in 1985 a local heritage museum was born. Now with premises, the Society could start to develop its collection in earnest. Since 1985 the Society and its collection has continued to expand and today can boast a membership of over 100. 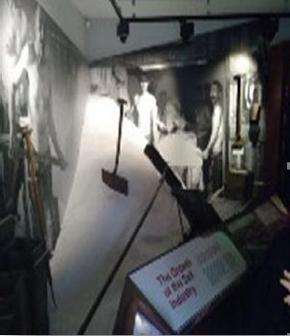 The new-look website is live, including a new logo. Through the website it is possible to book places on study days, make donations as a Friend or Patron, buy a publication, or enquire about consultation services. A new feature is event listings. External events will be publicised in the newsletter via a link to the originator, so that it will be up-to-date whenever the newsletter is read.